The process to deploy (or redeploy as is the case) is very simple. With a few steps you can bundle up all the code you're writing in VSCode and place it into the FileMaker file in which the widget will reside. Here's how you do it. You only have to do the "Prepare & Confirm" section once. You might have already done this when you connected the dev environment to your client file.

Make sure that the code will go into the correct FileMaker file. Go to the upload.js file in the scripts folder of this repo and update line 4 to the file name you're targeting.

Also make sure the HTML table (or the Preferences table ) has one record in it.

Remember that the UploadHTML script will run during this process (triggered by the next step). 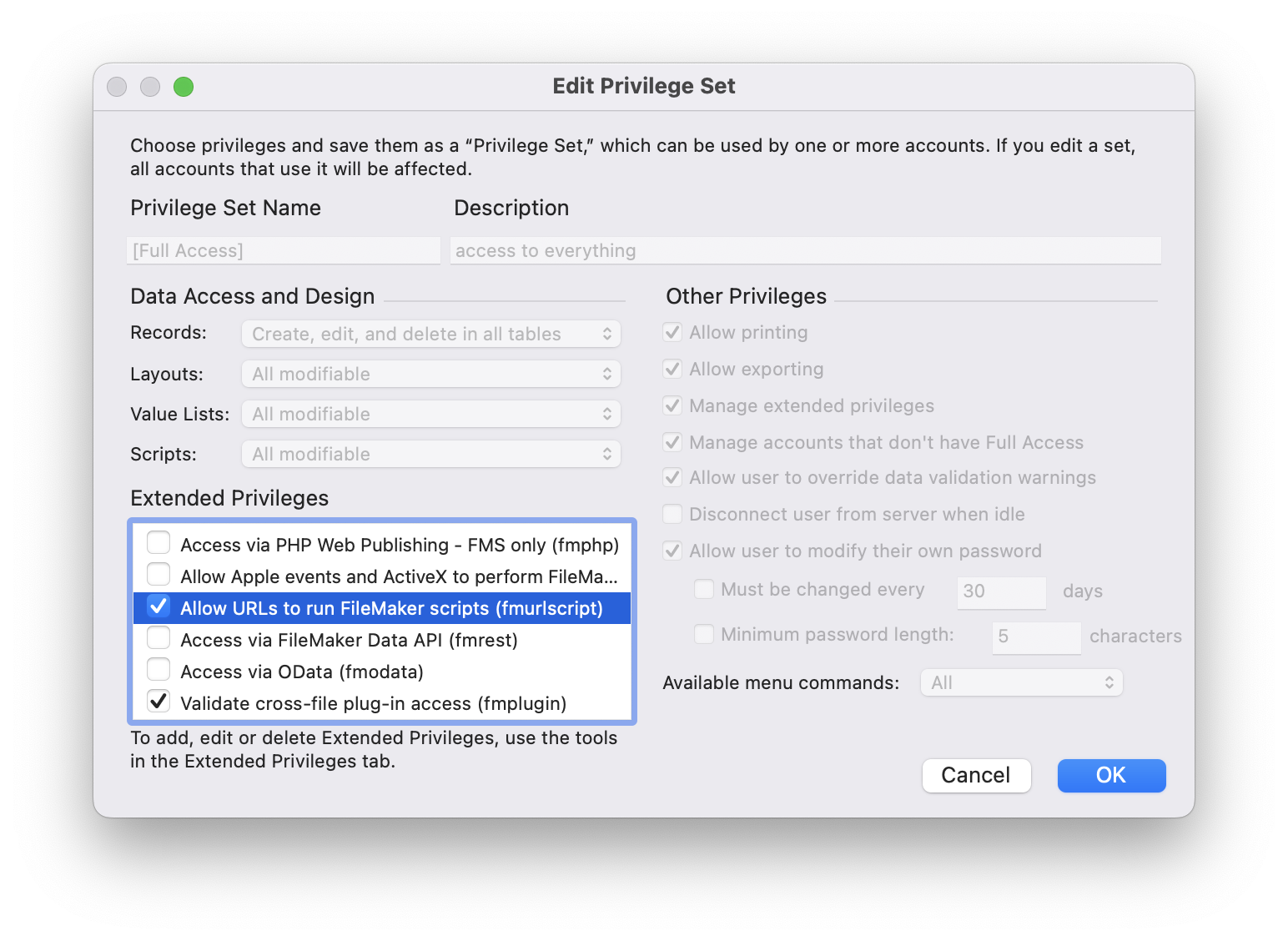 In the terminal type the following:

After a few seconds FileMaker will confirm to you that the code was uploaded to the correct field.

Toggle the "Dev Mode" off on the layout you're working on. Then press the "Load Web viewer" script. The web viewer should load with the same code you were writing over in VSCode.

You don't have to but you could quit VSCode to confirm. Just know that as long as the development server isn't running in VSCode, you can keep the app open and still get the code to work in FileMaker

This process can be done as many times as you need to update the widget to fix bugs, add features, or update the configuration. Just follow this process.

Under the hood (if you must know)

Part of the strength of this development environment is that it has the JS library Parcel. Read about that here. Parcel takes all your code, even the code spread in different files, and compiles it. During the compile process, the code is:

Finally, this process takes the many files that you've written and combines them into one file. We call it "inlined". Most web developers don't care about this, but we do. Ultimately this code will end up in a field, so it needs to be one file. Don't worry there's no worry about this: we're not going to get anywhere close to the limit of a text field.

Previous
← Rendering the Code
Next
The Modern Tools in Use →