The repository is made up of a few JS libraries that do the work for us, giving us the development server and the deployment method. All of these have been tested and scoured for security issues. I use these in all my work and haven't had any issues. Here's the description of each of them.

Parcel is a JS library that makes it easy to build a web application. It's a great way to get started with JS, and it works perfectly for our needs. Here's what it does: 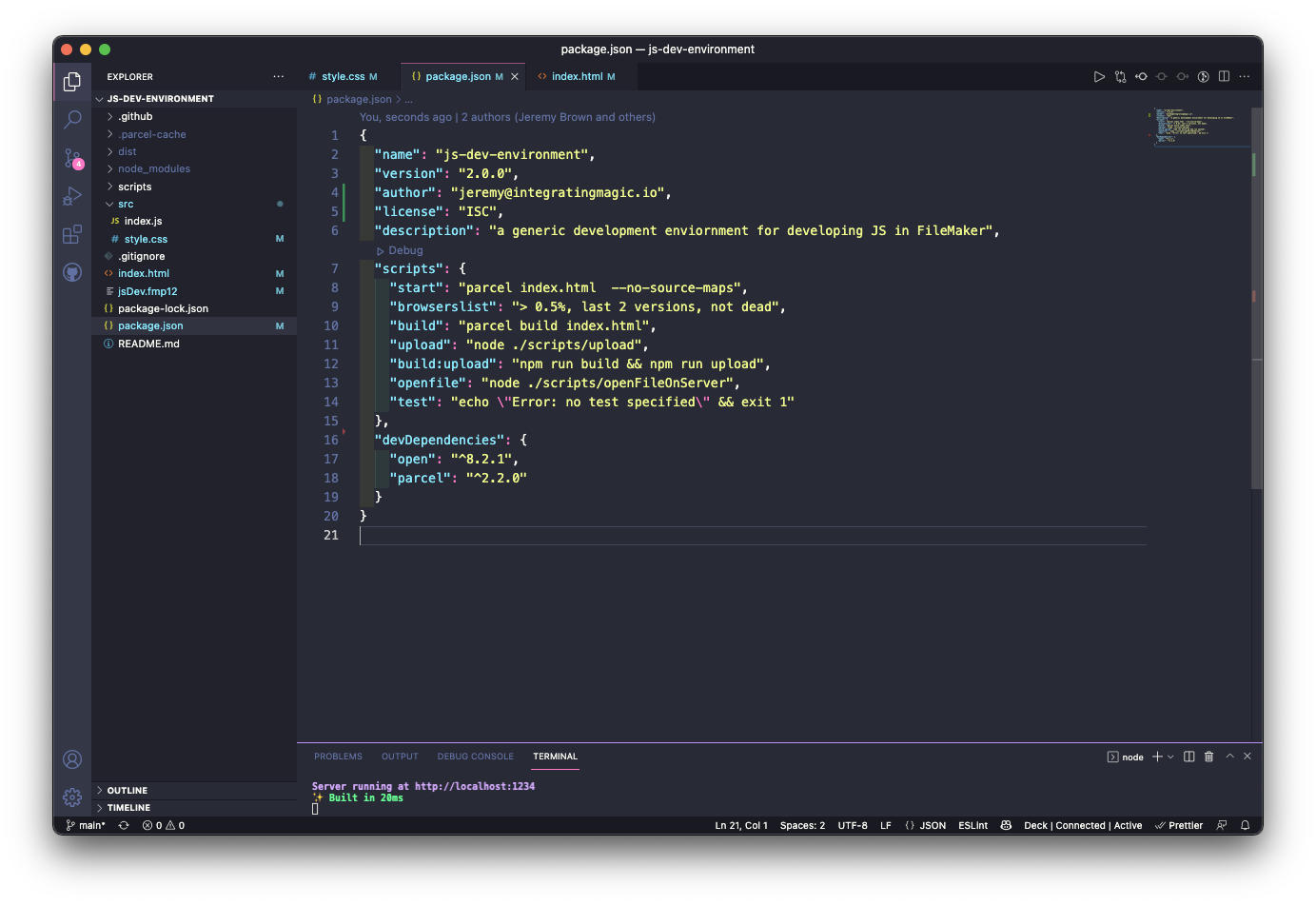 This package.json file is what makes this whole repository work. It contains information about the project such as author, version, description, and my email.

There's also a scripts section that contains the scripts that we'll use to build the application.

The other scripts are not really necessary. The openfile script should open the file on the server, but, at present, the actual working code is missing. And test is not used. We're not running tests on our code (yet).

In this starter dev environment, there are no dependencies. But as soon as we install packages such as C3 or Datatables, the list of those will go in this property. When the code is bundled and deployed into FileMaker, libraries we're using (as part of the import process) from here will be part of the inlined code.

Dev Dependencies only are used during the development process. Parcel is one of those. These libraries are not packaged up when you run npm build:upload. and deploy the code to FileMaker.

We'll add more to this list as we go along.

Previous
← The Modern Tools in Use
Next
Learning JavaScript for FileMaker →